It’s hard to pick out the Top 10 Worst WrestleMania matches. The early WrestleManias are chockful of terrible matches. Back then, it was all about the entertainment and spectacle, not about the wrestling. It’s a big reason why I rarely go back and watch 1980s/early 1990s WWE. That’s a warning: you won’t be seeing many matches from the early WrestleManias on this list. Some of them probably outweigh matches on this list in atrociousness, and I’ll be happy to hear your thoughts. But bearing that in mind, here are my Top 10 Worst WrestleMania Matches! 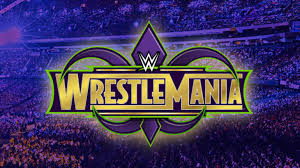 Don’t believe WWE when they say the first ever Women’s Battle Royal will take place at WrestleMania 34. THIS is the first ever Women’s Battle Royal, but it’s something WWE would like you to forget. It’s something I’d like to forget as well. You’d think that this would be a celebration of the history of women’s wrestling, but when icons like Trish Stratus or Lita refused to enter the Battle Royal, you knew something was wrong. The production team didn’t even bother to have the women enter separately, so it was hard to tell who was who (unless you were a big women’s wrestling fan back then). Even worse, the cross-dressing Santino Marella (Santina Marella!) won the match. What a slap to the face of women’s wrestling.

Why have two very good wrestlers put hoods over their head and make them stumble around the ring at WrestleMania? Who ever thought the blindfold stipulation was a clever one? What we saw was two wrestlers embarrass themselves by pretending to feel their way around the ring (they could see through the sacks IRL!) and trip over each other. This happened for nearly ten minutes.

You thought Booker T had WrestleMania lows when he fought Edge over a shampoo commercial and lost to Triple H after the King of Kings waiting thirty seconds to pin the Five Time WCW Champion after a Pedigree. But no, his handicap match against The Boogeyman is Booker T’s lowest moment (maybe ever?). The Boogeyman was one of the worst wrestlers ever to grace a WWE ring. He ate worms and occasionally clocked himself with grandfather clocks. But he should have been nowhere near the Grandest Stage of Them All. A mockery of a match. I’d rather eat a bowful of worms that watch this drivel.

You thought Taker vs Roman Reigns was terrible. You thought Taker vs Sycho Sid was mind-numbingly dull. But you’ll know both of those matches look like HBK vs Taker at ‘Mania 25 compared to The Deadman’s match against Giant Gonzalez. The literal Giant could barely walk in a straight line, let alone wrestle. Taker was nowhere near the worker he would eventually become. He was in no position to carry a numbskull like Gonzalez. One of the worst matches ever seen on the Grandest Stage of them all, and ‘Taker’s worst Streak match. The chloroform ending at least gave us a few laughs, but I’d rather be gagged by chloroform than watch this match ever again.

This promised to be something spectacular. Two behemoths fighting for the first time ever. However, Lesnar handed in his notice weeks earlier, and Goldberg would be leaving after WrestleMania. The crowd booed heavily before the match had even begun. Both wrestlers responded in the dullest, most hyped match in Mania history. They followed rest hold with rest hold, including the occasional wrestling move without attempting to string together a story or even a logical progression of attack/defence. The special guest referee, Stone Cold Steve Austin, looked like he was about to throw up all over the ring at one point. Which is exactly what I wanted to do whilst watching it.

After an interminable mike fight between The Rock and The Wyatt Family, The Rock pinned Erick Rowan in three seconds. Yes, a special guest pinned an up and coming wrestler in three seconds. One Rock Bottom, the pin, and the match ended. There wasn’t even a chance for this match to suck. A waste of a good twenty minutes, including the mike battle.

This stole the #1 position on my Top 10 Worst WrestleMania main events, so it would be remiss not to see it on this list. Celebrity matches apparently bring in mainstream attention at WrestleMania, but more often than not they result in terrible matches. This is the epitome of the latter statement. Taylor was blown up mere minutes into the bout. Bigelow looked stupid taking the worst forearms ever from the former footballer. It might be less offensive if it was further down the card. But no. It had to main event ‘Mania XI. And that crime is unforgivable.

I thought I’d exclude Women’s Pillow Fights and the like that used to besmirch the name of women’s wrestling in the Attitude Era, and this isn’t technically a straight wrestling match. It’s a catfight, and the aim is to throw the opponent over the top rope. But there is the intention to wrestle, with “intention” being the operative word. Terri Runnels and The Kat were awful wrestlers, who found it hard to execute a simple grapple. Here, on the Grandest Stage of Them All, I found it hard to understand why these two were “wrestling.” It was simply embarrassing for all involved.

WWE put a fair share of wrestlers in the ring who can’t wrestle. The Great Khali is a notable example. However, to put an exclamation point on the whole Montreal Screwjob, WWE decided to put someone who literally couldn’t wrestle in a match. Bret Hart, due to legalities, could not take a bump. His opponent, Vince McMahon, was 65. If this match consisted of Bret Hart battering McMahon with a chair for a minute and pin him, I would have tolerated it. But it lasted for over ten minutes, ten minutes which felt like ten hours. Definitely the worst match that Bret Hart has been involved in.

Who asked for this match? Who would ever want to see Michael Cole wrestle? Obviously, Vince McMahon thought we wanted to see him wrestle at WrestleMania. Of course, Lawler attempted to guide Cole through the motions, but his attempt largely failed. A match full of stalling, rest holds and cringe worthy attempts at comedy, it answered the question of whether or not Michael Cole had learned anything from his years at the commentary desk. The only thing we learned was that we never wanted to watch him wrestle again.