Tonight is the first NXT Takeover event since the brand was overhauled to NXT 2.0. Not to be negative, but I’ve not enjoyed much of what I’ve seen of NXT 2.0. It isn’t the NXT I used to know and love…but all good things must come to an end. And even the NXT I loved struggled to keep me entertained towards the end of its days (truly, Karrion Kross was one of the worst NXT champions). However, the halcyon days of glorious NXT are over. This rebranded, Vince McMahon-influenced NXT 2.0 is now just another WWE brand. Perhaps a true developmental one, but it’ll never reach the zenith of NXT 1.0.

I’ll check out tonight NXT Takeover: Wargames V, but if it’s anything like this years NXT Halloween Havoc, it’ll be full of short matches. At one time, NXT Takeover was synonymous with excellence. You could guarantee at least two-thirds of the matches would be (more than) worth watching. And with a Match of the Year contender happening on a regular basis, it’s hard to narrow down a Top 10 List of NXT Takeover Matches (I’ve made it easier, obviously, by excluding regular NXT TV…). But here’s my attempt… 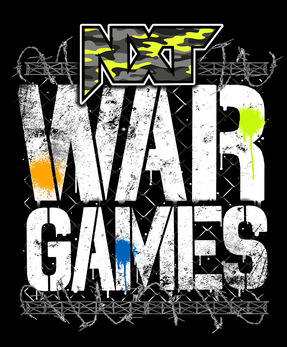 Four of the best women wrestlers ever came together to (once again) prve that not only could the Four Horsewomen hang with the boys, but even surpass them. Yes, the Women’s wrestling scene in NXT had always been one to watch, but this match alone made it vital viewing. WWE had conditioned us to expect 5 minute women’s matches; here the four women battled for almost half an hour. In the hallowed hall of Fatal 4 Way matches, this is in the Top 5. Easy (even, I daresay, better than the men’s Fatal 4 Way matcj at Takeover: Fatal 4-Way). And this was only an inkling of the heights the four women would reach, both in NXT and on the main roster.

This is actually #100 on the WWE Network’s Best 100 Matches List (one of three or four NXT matches on the list). If I asked you to name the best underdog story of 2014, you’d probably say Daniel Bryan’s road to WrestleMania. However, that was not planned by WWE. We, the people, forced their hand. Just think, the original plan for WrestleMania 30 was to have Batista and Randy Orton main event…While Bryan’s underdog story was satisfying, Sami Zayn’s underdog story built for over half a year until it culminated in this match. And what a match it was. Almost the best underdog vs cocky champion match in NXT (that honour goes to #2!). Zayn was a lovable, believable underdog, and Neville’s role in making early NXT unmissable is always understated. This match has everything: a cracking feud leading into it, a sizzling hot crowd, and a match that contains superb wrestling, psychology and storytelling.

Thanks to the annual Money in the Bank PPV (which includes not one, but two Money in the Bank matches), my senses are dulled to multi-man ladder matches. Of course, they are usually entertaining, but I’d argue the original MITB match is still the best one. However, even that hallowed classic pales in comparison to this six man ladder match that crowned the first ever NXT North American Championship. Four great wrestlers, twos mediocre one, combined to innovate and thrill. This was the opening match of one of the all-round great NXT Takeovers…and is there a better opening match than this one? Even Lars Sullivan (yes, he’s the mediocre one I meant!) pulls his socks up to keep up with the talent in this match. Ricochet, Adam Cole, Velveteen Dream, Killian Dane…and EC3…who, actually didn’t pull his socks up. He’s the only weak link, and when he’s on the offence it’s the only time you can look away. Apart from that, you’ll be glued to the screen (and it’s a shame only one of the six wrestlers here are still with WWE today…).

Who says you need over half an hour to have a great bout? Bates and Dunne gave us a five star bout in under a quarter of an hour. This was a rematch for the NXT UK Championship, and whilst their first match was very good, this was something else. Bates shocked the world (well, maybe that’s an exaggeration) with his NXT UK belt victory, and this was his first title defence. With Bates and/or Dunne you’re always guaranteed a very good bout. Put them together and you get this blitz of a match, one that’s in fifth gear from the opening bell to the three count. This put NXT UK on the map, as well as both Bates and Dunne.

Nakamura has never been hotter, or better, in the WWE realm that his debut in NXT. He never quite showed the same intensity or enthusiasm afterwards (and yes, he has been poorly utilised in WWE, but even his short NXT career wasn’t memorable…apart from this match, obviously). One of the best in the world, at the time, had made his way to NXT…and the crowd loved it, one of the best crowd reactions in NXT history. With Nakamura’s incredible entrance and the crowd chanting ‘This is Awesome’ even before the two had locked up, you knew you in for something special. Nakamura and Zayn gave the crowd a superb slobberknocker, a punishing bout that really showed off the ‘King Of Strong Style’s’, well, style! Shinsuke’s never shined brighter here.

This was the beginning of Gargano stealing NXT Takeover on a regular basis. Yes, he’d done it with Ciampa in #DIY, and was always very good in singles competition. But this was one of the best NXT Championship matches ever. It took me by surprise; I expected a good match, even a very good match, from the two of them. But this blew my socks off. For half an hour, these guys put on a gosh-darned classic. Everything looked so fluid, so natural; the chemistry between them was off the charts. It was such a classic match that Andrade tried to repeat it, almost move for move, in his match against Aleister Black at the following NXT Takeover. Simply the best NXT Championship match ever…

What can I say about this bout? One of the best women’s bouts AND one of the best bouts in general of last decade. Although Owens/Balor was the main event, this was the true main event of Takeover: Brooklyn. Yet again, the feud had been built beautifully; the cocky heel against the plucky (and often unlucky) babyface, the latter who always fell short when the title was on the line. It’s a classic, some would say tired, story, but here, it was played to perfection (and was a storyline NXT was ever so good at portraying…see #9!!!). And the bout itself…a wrestling classic, a non-gimmick bout that focused on each wrestler’s ability. They’ve fought on NXT and WWE plenty of times since this classic, but have never reached these heights (although their Hell in a Cell bout last year came very, very close).

The first match of this card was the awe-inspiring Six Man Ladder match. The last match was an hate-filled, nasty blood feud. One of the best wrestling feuds of this decade occurred between Gargano and Ciampa. Yes, it may have fizzled out, thanks to Ciampa’s injury and a boring ‘Final Fight.’ But for a year and a half (even when Ciampa wasn’t on TV!), this was the hottest feud on TV. And it came to a head in this unrelenting, ultra-violent Unsanctioned Match, the first match between the two after Ciampa shockingly turned on Gargano in an unforgettable angle. This feels like a proper fight; the hatred between the two almost melts the screen. They may have had more great matches after this one, but none came close to the intensity, the brilliance, and the heat of this one. Loved the feud, loved this match even more. One of the few times I utterly lost myself in a match. I hadn’t been hyped for match in a long, long time…and this lived up to the hype.