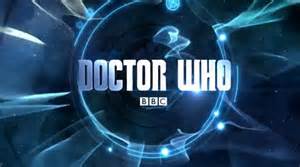 Last week’s opener to Series 9 was a hearty mixture of the good and the bad of the Moffat era: a story of good ideas muddled by shoddy execution and too much excess! The cliffhanger included Missy and Clara being exterminated, and the TARDIS being blown up…all three of which were obviously going to be undone in ‘The Witch’s Familiar.’ Was there any doubt that Missy and Clara would turn up alive, or the TARDIS would appear undamaged? The true quality of ‘The Magician’s Apprentice’ lay in how ‘The Witch’s Familiar’ wrapped things up. But, like the first part, the second part was a mixed bag! END_OF_DOCUMENT_TOKEN_TO_BE_REPLACED

“Are you moving out?”

If you were looking for ‘This Is England’s’ trademark darkness, then you’d be satisfied with ‘Summer’…but only after forty-five minutes! It was very much like ‘Spring,’ with a more light-hearted approach that set the scene, rather than plunged us into the nitty-gritty. However, unlike last week’s dull hour, ‘Summer’ offered genuine humour and meaningful dialogue. Of course, there were moments of boredom where nothing of substance happened. But it felt like a worthwhile hour of television, and an improvement on the debut episode of This Is England ’90. END_OF_DOCUMENT_TOKEN_TO_BE_REPLACED 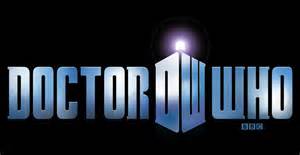 “Please desist from striking me. I am your soldier”

My initial reaction was ‘OH DEAR.’ The fifth series of Doctor Who reached rock bottom with ‘Victory of the Daleks’, falling from the heights of ‘The Beast Below.’ I did not have high hopes for this episode, due to the Dalek over-saturation by Russel T. Davis, and Mark Gatiss, the script writer. He wrote such ‘classics’ as ‘The Unquiet Dead’ and ‘The Idiot’s Lantern.’ The Dickens one was the first poor episode of the first series, and the ‘MAGPIE’ one plunged the poor half of the second series further into oblivion. Even my low hopes for this episode were not met. END_OF_DOCUMENT_TOKEN_TO_BE_REPLACED

“Someone please help me”

So, Doctor Who returned to our screens last night with ‘The Magician’s Apprentice.’ Saturday nights just aren’t the same without The Doctor, are they? It’s not about the uniform quality of the show; it’s up and down like a yo-yo, if we are being honest (for example, in Series 8 there was the domineering brilliance of ‘Flatline’ to the downright awfulness of ‘Robot of Sherwood’). It’s just about having some quintessentially British science fiction on our screens! It’s about having a great British science fiction character on our screens! The episode passed with some great highlights, but they were marred by the numerous excesses of Steven Moffat’s writing style… END_OF_DOCUMENT_TOKEN_TO_BE_REPLACED 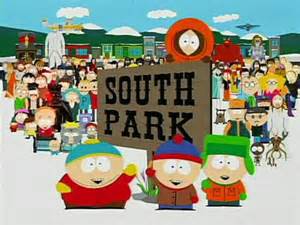 “PC is back and it’s bigger than ever”

South Park is back! And it’s about the same size as it was in the last series. By it’s very nature, South Park is a hit and miss show. When it’s good, it’s very good, but quite often it loses its way. When it clamps its claw on a topic and clings on for dear life, that’s when it is at its best.  Often, however, the humour/potty jokes can interfere with the story. This wasn’t the case with ‘Stunning and Brave.’ However, it was an uneven start to the series, however. It raised only a few belly laughs. I smiled, even tittered on occasion, and I felt myself forced to laugh out loud once or twice. The lack of laughs, combined with a confusing message about political correctness, made this episode a hard one to enjoy.
END_OF_DOCUMENT_TOKEN_TO_BE_REPLACED

“It’s not about the money, it’s about the nostalgia”

This Is England returned to our screens last night for the final series, This Is England ’90. We’ve followed the cast of This Is England through the 80s, and fittingly, their story will come to an end in 1990. We’ve had highs (well, there’s been one or two…), and many, many lows with the characters of TIE, from brutal racist beatings to rape. If you want very depressing and gritty drama, coloured by a tint of nostalgia, TIE is the film/TV series for you. However, from the first episode of TIE ’90, ‘Spring,’ there was barely any grit in sight. What we received were attempts at comedy and lethargic exchanges between the characters we know and love… END_OF_DOCUMENT_TOKEN_TO_BE_REPLACED

So, here we are, the finale of Humans, Series 1! While it didn’t end with a whimper, it didn’t end with a bang, either. It was a perfectly satisfactory ending to the series, but never quite rose to the occasion. There were rarely moments of pure tension, even when the story demanded it. Everything moved a little too quickly for a series that has been founded on a slow build up. Characters turned up at the most convenient times. The back drop of the protest against synths was just that; a back drop that was never fully explored to its potential, and was forgotten about in the closing moments of the episode. However, in a sense, it bound the themes of the series together. It had some great moments, but the whole was lesser than the sum of its parts. END_OF_DOCUMENT_TOKEN_TO_BE_REPLACED

“It’s not safe out there”

What a penultimate episode of Humans, Series 1, we witnessed! It encapsulated everything a penultimate episode should do: answer some questions, pose some more questions, and leave us with baited breath waiting for the finale. Although it only furthered the themes of the series as a whole, rather than adding more themes to the mix, the episode still developed and twisted the themes in diverting directions. A few minor niggles aside, Episode 7 continued the overall high quality of Humans. END_OF_DOCUMENT_TOKEN_TO_BE_REPLACED

“Humans and machine; the lines are blurring”

After Episode’s 5 slower paced dose of Humans, Episode 6 puts the pedal to the metal (well, as fast as a show like Humans can go!) and delivers entertainment and food for thought in generous doses. The definition of ‘family’ was explored and deconstructed throughout the episode. Not one, but two sexual encounters between humans and synths added more depth to Joe’s ‘infidelity’ with Anita. And the ending left us close to tears and on the edge of our seats at the same time!
END_OF_DOCUMENT_TOKEN_TO_BE_REPLACED

With Episode 4, Humans became must-watch TV. And I don’t say that lightly! Revelations and plot developments came thick and fast, with a most unexpected twist at the episode’s end. If the line between humans and synths was fuzzy before, it’s all but smashed now. Niska appears like a normal human being with the aid of contact lenses. Laura takes interest in a case of synth/human rights violations. The emotion of fear not only runs through our humans, but also our synths as well, apparently. But is it merely a simulation, or a real feeling?!?!? END_OF_DOCUMENT_TOKEN_TO_BE_REPLACED